Today’s Feature Friday spotlights one of our retail partners in Virginia: Details On Granby. Located in Norfolk, the store opened in 2009. The shop is owned and operated by Verrandall Tucker. Tucker has over 25 years of experience in helping men look their best. Details on Granby carries a wide selection of fine men’s clothing and offers closet consultations and tailoring services. The store was recently featured in Distinction Magazine.

Norfolk, the second largest city in Virginia, is located at the mouth of the Chesapeake Bay in the heart of the Hampton Roads area. Founded in 1682, the city is known as the historic and cultural center of the region. Norfolk has a rich military tradition and is home to the largest naval base in the world. Popular tourist destinations in the city include the Chrysler Museum of Art—which is considered the finest art museum in the state—and the General Douglas MacArthur Memorial.

This October, SoulPancake and Kid President started an initiative to help make a difference in the lives of the homeless. The campaign is called Socktober. SoulPancake and Kid President are calling for 2 million people to prove that small acts of kindness, like donating a pair of socks, can have a big impact. Dapper Classics is excited to donate to this wonderful cause. You can read more about the campaign and how to get involved at the Socktober website. 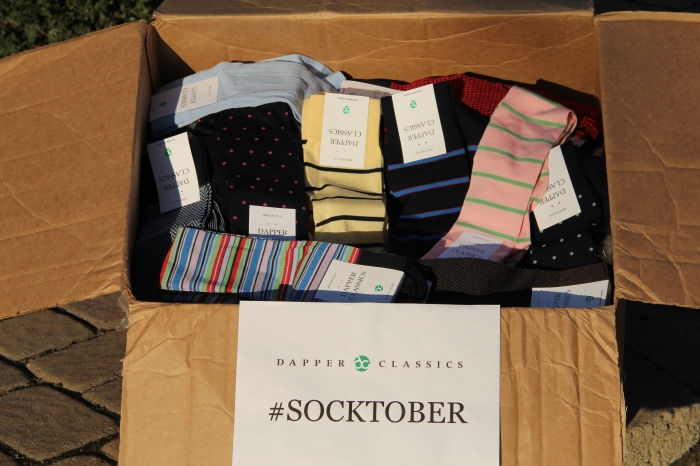 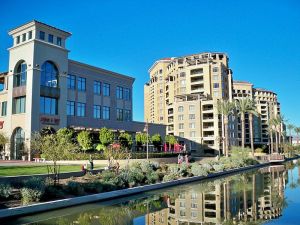 Today’s Feature Friday spotlights our first retail partner in Arizona: Art Lewin & Co. Bespoke Clothiers, Scottsdale. Art Lewin founded his company in 1997. He now has a store in Arizona and three California locations. The Scottsdale location, managed by Doug Carlton, opened earlier this year. One of the leading custom clothiers in the United States, Art Lewin’s clients include movie stars and the corporate elite. Lewin has been featured in many publications and received numerous awards, including California’s Businessman of the Year from The Wall Street Journal. His stores have earned “Best Custom Clothier” honors from the LA Downtown News and FOX LA among other media outlets.

Located just outside of Phoenix, Scottsdale is a premier resort destination. The city is known for having nearly 200 golf courses, approximately 500 restaurants, and numerous luxury spas. Scottsdale is headquarters for Fender, Go Daddy, and P.F. Chang’s, among other companies. The city, nicknamed “The West’s Most Western Town”, celebrates its rich Western history with a plethora of Western-themed events throughout the year.

Today’s Feature Friday spotlights Edward Tunick Men’s Clothier of Darien, Connecticut. Edward Tunick’s was founded in 1976 with three principles in mind: Personal Service, Traditional Clothing, and Reasonable Prices. For over 35 years, the store has upheld those principles while supplying men with business, casual, and formalwear. The shop offers clothing for men of all sizes and carries an impressive collection of women’s accessories.

Darien is a small town on Connecticut’s “Gold Coast”: a region known for its wealth. CNN Money ranked Darien ninth in its list of top-earning towns in the United States in 2011. The small community has several parks and two public beaches, and, for leisure, many Darien residents enjoy socializing through local yacht and hunting clubs. Numerous films have been filmed in Darien, including Oscar-nominated Revolutionary Road. Charles Lindbergh—the first person to successfully fly non-stop from New York to Paris—lived in Darien.

Charleston, the capital city of West Virginia, was established in 1794. Charleston witnessed rapid growth in the nineteenth-century due to its salt, coal, and natural gas industries. Today government and education play central roles in the city’s economy. Charleston hosts a variety of fairs and festivals throughout the year, including the popular West Virginia International Film Festival. The city is also home of the scenic Kanawha State Forest. 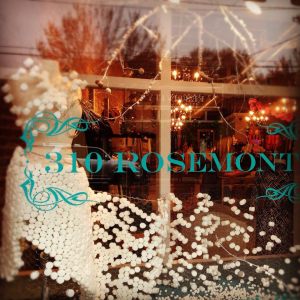 Today’s feature Friday spotlights our first retail partner in Georgia: 310 Rosemont of Atlanta. Named after the founder’s childhood address, 310 Rosemont is a contemporary boutique for men and women. The first 310 Rosemont opened in 2006 in Roanoke, Virginia. Since then, additional stores have opened in Georgia, Tennessee, and Texas. More 310 Rosemont locations are planned to open in the near future. 310 Rosemont’s Atlanta staff is eager to help each customer achieve a perfect look, and the store hosts parties for private shopping.

The Western-Atlantic railroad led to the founding of Atlanta in 1837. Today the capital city of Georgia remains a popular transportation hub with its Hartsfield–Jackson Atlanta International Airport commonly known as the busiest airport in the world. Atlanta’s thriving economy has made it one of the most culturally diverse cities in the South. Popular Atlanta tourist destinations include the Martin Luther King, Jr., National Historic Site, the High Museum of Art (considered the leading art museum in the Southeast), and the Georgia Aquarium, which is the world’s largest indoor aquarium. In 1996, Atlanta became the most recent US city to host the Summer Olympics.