Today’s Feature Friday spotlights one of our retail partners in Pennsylvania: Lyons & Co. Lyons & Co. was founded in Chambersburg in 1908. With over 100 years in business, the store has proven that it has staying power. The shop carries men’s tailored clothing, sportswear, shoes, and accessories.

Chambersburg is a borough located just north of the Mason-Dixon line in between Philadelphia and Pittsburgh. The town witnessed battles in the French and Indian War and the American Civil War. Chambersburg was recently named one of the “Top 25 Most Uniquely American Cities and Towns” by Newsmax magazine.

Today’s Feature Friday spotlights one of our retail partners in Tennessee: The Toggery. Founded in 1917, The Toggery has long been the go-to destination for menswear in Paris. Located downtown, the store carries sportswear and dress attire.

Paris is a small city in northwest Tennessee. Paris is commonly called the “Home of the World’s Biggest Fish Fry”. The city is also known for its 60 ft. replica of the Eiffel Tower. (image source)

Today’s Feature Friday spotlights one of our retail partners in Alabama: The Locker Room. George Wilder opened The Locker Room in Montgomery in 1977. The shop carries casual and sophisticated clothing for men. The Locker Room also has a location in Auburn, which George opened in 2010 with his son, Davis Wilder.

Montgomery is the state capital of Alabama. The city was a site for several key events in the African-American Civil Rights Movement, including the Montgomery Bus Boycott. The Alabama Shakespeare Festival, the Montgomery Museum of Fine Arts, and the F. Scott and Zelda and Fitzgerald Museum are all popular attractions in Montgomery.

In the spirit of the election year, we knitted some limited edition Political Party Socks. These patriotic Made in USA cotton socks are a fun way to express where you stand in 2016. The choice is yours – donkeys or elephants! 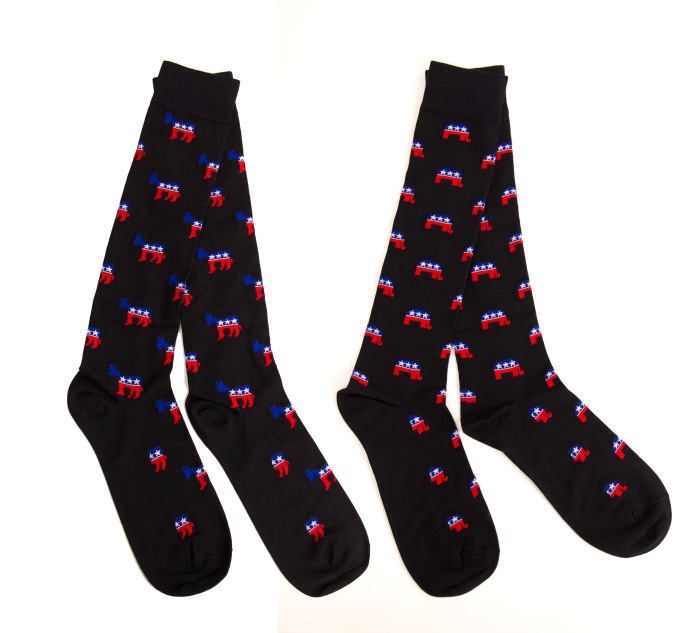 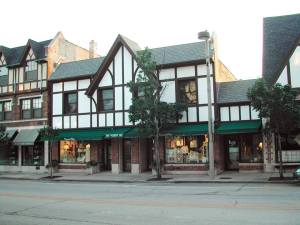 Today’s Feature Friday spotlights one of our retail partners in Illinois: Crème de la Crème. Sandy Freeman opened the store in Winnetka in 2000. The shop offers a boutique experience for a variety of different types of products – from food gifts to clothing and accessories. The store was recently recognized as one of the “50 Best & Brightest Stars” by Home Accents magazine.

Winnetka is a village located just north of Chicago. Numerous films have been shot in Winnetka, including Breakfast Club, Ferris Bueller’s Day Off, and Home Alone to name a few. Last year, Winnetka was ranked the second most wealthy suburb in the United States.