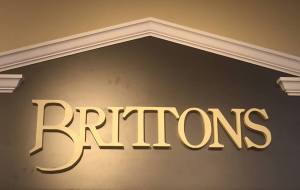 Today’s Feature Friday spotlights one of our retail partners in South Carolina: Brittons. Located in Columbia, Brittons was founded in 1952. The shop carries men’s and women’s fine clothing and accessories. The store has been awarded “Best of Columbia” on multiple occasions and was named “best destination shop in South Carolina” by Southern Living Magazine.

Columbia is the capital and largest city in South Carolina. The city is nicknamed “The Capital of Southern Hospitality”. Columbia is home to the largest U.S. Army Training Post – Fort Jackson – and has been the origin of well-known figures in a variety of fields, including Grammy Award-winning band Hootie & the Blowfish and Golden Globe-nominated actor Aziz Ansari.