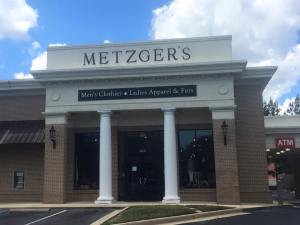 Today’s Feature Friday spotlights one of our retail partners in Alabama: Metzger’s Clothing. Located in Mobile, Metzger’s Clothing opened in 1919. The store offers modern and classic apparel – from sportswear to formal attire. The shop’s commitment to quality clothing and customer service have made it a community staple for nearly 100 years.

In 1702, Mobile was founded as the first capital of French Louisiana. The city would later belong to Britain and Spain before becoming part of the United States in 1813. Mobile’s diverse heritage makes it one of the most culturally rich cities in Alabama. Mobile is known as the birthplace of Carnival and Mardi Gras in the USA.